Constructioninformer is supported by its audience. When you buy through our links, we may earn an affiliate commission. Learn more 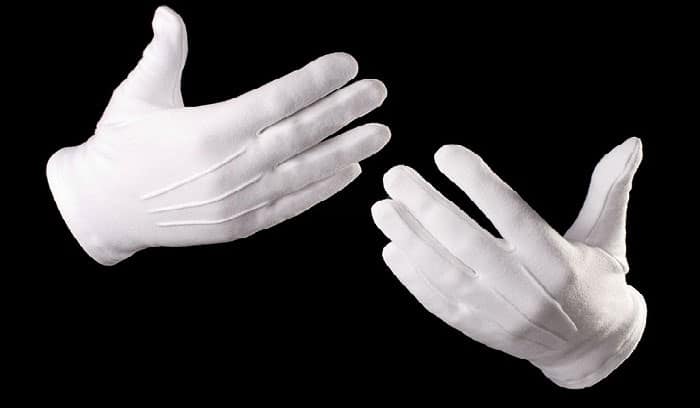 The history of gloves goes way back, as their first appearance was mentioned in ancient times. Gloves, or gauntlets, were among the accessories worn by high-status women in the 13th century. In the modern world, white gloves are prevalent in many settings, from formal to informal.

Read to know the answer to ‘What do white gloves represent?’ and find out about the stories around this costume.

Gloves, first and foremost, are the representation of the hand, as they are created to conceal and protect the human hands. When made in white color and soft linen, the glove is the symbolism of cleanliness and purity.

In the medieval era, wearing white gloves presented a sense of honor and luxury. The nobility, the highest class in medieval society, dressed beautifully in their costume with white gloves on as they joined sports events like hunting. The gloves were used to flaunt their high position and luxurious life.

Gorgeous perfumed white gloves as a gift once represented the admiration of the giver. As the lady received the scented pair as a present from the knight, a promise for affection and dependency was established between them.

Masonic or white gloves also appeared in royal or ceremonial events during the Middle Age and Renaissance. Afterwards, they were used in social contexts and popularized among the ladies, becoming an accessory to accentuate their femininity, elegance, and high status. 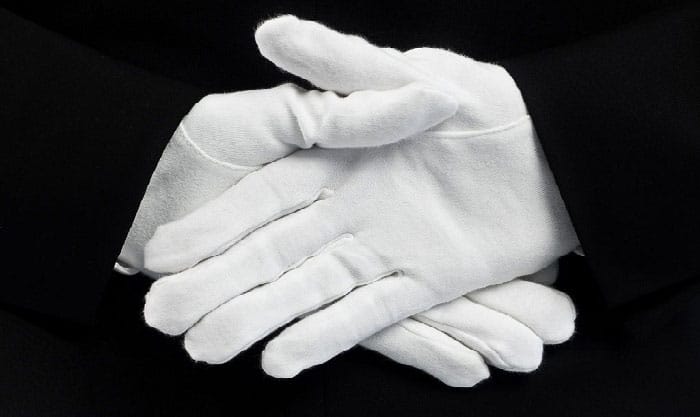 When welcoming a neophyte to the church, a pair of white gloves was given to the convert at the initiation ceremony. As recorded, the early 10th century marked the entrance of white gloves into church events.

When performing ecclesiastical functions, gloves became a part of the Bishop, Archbishops, and Priest’s costume. With the white linen gloves on, their hands are kept from impurity.

Until the end of the Middle Ages, episcopal gloves were white, except for the red ones used at Oxford and New College, England.

The white color symbolizes a deep meaning of chastity and purity. In truth, these white gloves signify a man of dignity and nobility with a pure heart and righteous intentions. The spotless white gloves meaning implies the purification of human life.

Before wearing the white gloves and joining the ritual events, masons have to wash their hands. The act of washing hands with clean water also represents purity. 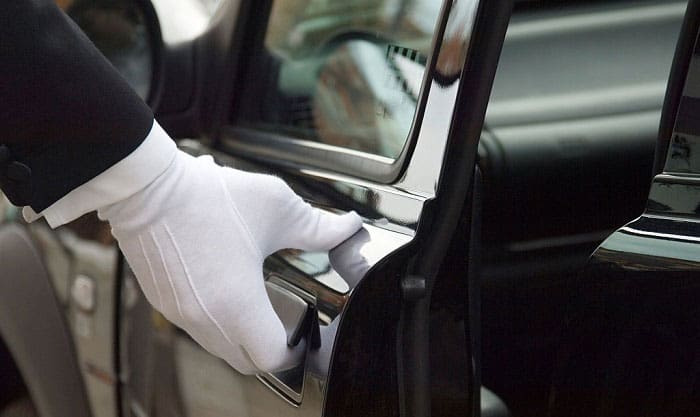 Costumes or fashion reflects personal identity and society’s history and lifestyle. For example, in the mid-twentieth century, white gloves were a part of women’s fashion. The pieces were a form of self-expression used by wealthy and chic women. Young ladies wore the white gloves, marking their entrance into social life at their debutante ball.

In this period, white gloves were the sign of purity for young girls and luxury for ladies. After the Vietnam war, this piece of costume disappeared, as it was no longer a part of the new generations with a rebellious fashion sense and even an anti-fashion spirit.

However, we can still see the appearance of white gloves in the fashion collections of luxurious brands like Chanel, Dior, or Balenciaga. They are still a representation of elegant and pure beauty.

We can also stumble upon the image of British butlers putting on a pair of white gloves when serving wine in royal or wealthy families.

In fact, the white gloves were often used by footmen. When setting up silverware, footmen were required to put on a thin pair of clean white gloves to avoid leaving fingerprints.

In the modern world, we might sometimes see people serving food while wearing white gloves in luxurious hotels.

So, what do white gloves represent? This piece of costume has survived decades of changes. And what the gloves symbolize changes based on who wears them. The white gloves mostly represent purity and cleanliness. They also show nobility, dignity, and righteousness. These days, white gloves are still used in church as well as in daily life.

If you intend to wear a pair on a special occasion, make sure it is appropriate.